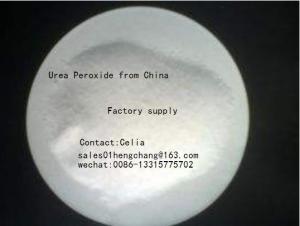 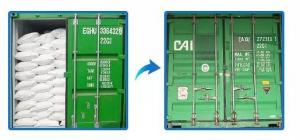 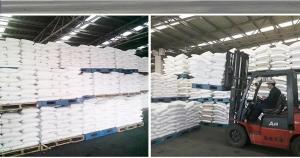 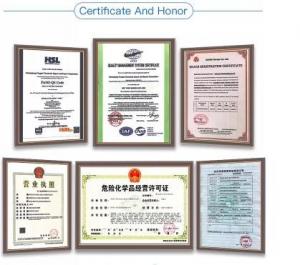 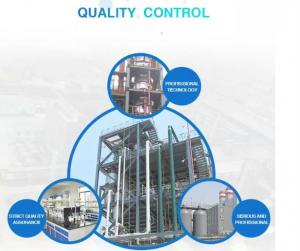 Urea peroxide is a white crystalline powder or granular solid, non-toxic and tasteless, from hydrogen peroxide and urea in the way of hydrogen bond.Due to weak binding force, H2O2 molecules are relatively independent, which is close to the chemical properties of free H2O2.The theoretical content of reactive oxygen species in urea peroxide is 17.02%, equivalent to 36.17% (mass fraction) of H2O2.Urea peroxide is easily soluble in water and its aqueous solution is weakly acidic. The PH value of saturated aqueous solution at 20°C is 3-4.It combines the properties of urea and H2O2, decomposes into urea and H2O2 atomic oxygen in water, and slowly releases O2.

Urea peroxide is soluble in methanol, acetic acid, ether, acetone, glycerol and other organic solvents.Higher concentration of urea peroxide solution will make the skin pain or make the skin, throat, eyes, mucous membrane burns, so use should wear a mask.Application of urea peroxide urea peroxide is easy to dissolve in water, water release O 2 bleaching, sterilization, disinfection functions, and according to the requirements of sterilization, disinfection can be mixed into different concentrations of H 2 O 2 solution, easy to use. 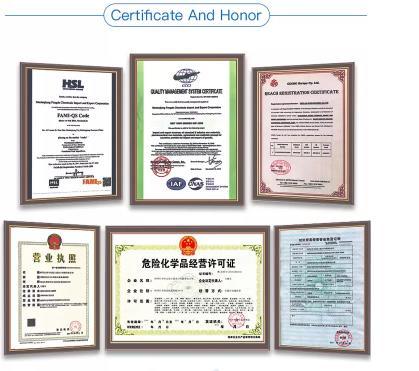 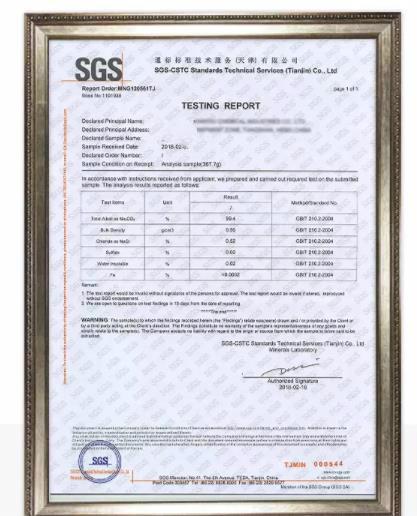 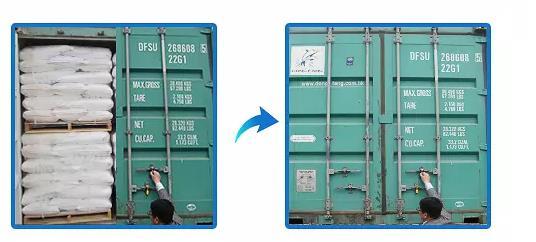 It has been widely used in agriculture, medicine, textile, daily chemical industry, food, breeding, feed, printing and dyeing, metallurgy, construction and many other fields.

Textile industry: urea peroxide is a neutral washing assistant, with bleaching, sterilization and washing functions. It can be used as a bleaching agent for cotton fabric, synthetic fiber, polyester fiber, staple fiber, rayon, linen fabric and wool products, and pulp.It is a whiteness agent to improve white floor-cloth.It can be used as anti-decolorizing agent and antistatic agent of propylene fiber.It can also be used as detergent after dyeing polyester-blended fiber, which can increase the softness and wear resistance of the fiber.It can also be used as finishing agent for textile printing and dyeing and oxidizing agent for hair after VAT dyeing.Daily chemical industry: oxidation bleaching agent mainly used as hair dye, hair dye neutralizer, human and animal hair bleaching straightener and toothpaste whitening agent.When the relative humidity is more than 40% and the temperature is higher than 30°C, the atomic oxygen released by the decomposition of urea peroxide can oxidize the melanin in hair into colorless compounds.It can also oxidize and decompose cystine in keratin, which has the effect of bleaching hair.

Aquaculture:adding urea peroxide in fish or shrimp ponds can increase dissolved oxygen in water, promote the growth and development of fish or shrimp, and provide fresh oxygen for aquatic products such as live fish and shrimp in storage and long-distance transportation.Urea peroxide can also be used as an oxygen supply agent for small livestock, animal husbandry and fish feed.

Thank you! Your message has been sent to the following suppliers.